Automakers and suppliers are spending billions to dazzle drivers with new tech features. In some cases, consumers just don't like them.

A button on the side of the front seats in the Tesla Model 3 and Model Y electronically moves a lumbar support feature into position to make a drive more comfortable.

But most Tesla owners either don't know the feature is there — or they just don't care. So in May, Tesla CEO Elon Musk abruptly announced via Twitter that the company was removing the feature.

"Logs showed almost no usage," Musk tweeted. "Not worth cost/mass for everyone when almost never used."

Yanking the plug on an underappreciated piece of vehicle technology is something the industry rarely sees played out in public. But Kristin Kolodge, executive director of human machine interface for J.D. Power, believes that's too bad. She thinks a few other electronic features could be done away with, too.

Kolodge: Consumers like “anything that gives them an extra set of eyes.”

"This should be an opportunity," she told Automotive News. "Vehicle costs are going up quickly right now, and here's a chance to reduce costs by removing some things. The automotive space is ripe for a right- sizing in its technologies."

It's a sticky point.

Innovative new features allow drivers to do things unimaginable a generation ago. Cars can park themselves. Drivers can speak a street address and an onboard navigation system will provide turn-by-turn directions. A vehicle's owner can unlock it doors from a remote location via smart phone.

And even more advanced electronics are coming, including new levels of self-driving intelligence and automated vision systems that illuminate roadside objects outside the straight line of a traditional light beam.

Many of these technologies originate from suppliers. Parts and systems companies have become the industry's idea labs in many cases, with vast supplier investments going into R&D pursuits for new products. Automakers look to suppliers to bring them the newest and coolest additions.

But since 2015, Kolodge and J.D. Power have been researching consumer attitudes toward such vehicle features, and they have a difficult message for automakers: Consumers have tried the vaunted premium electronic features, big-screen entertainment systems, adjustable seats, lane-changing warning systems and voice-activated air conditioning, and in many cases, they are underwhelmed.

"The question we're posing is which technologies are winning the race and which ones have missed the mark," Kolodge said.

The consultancy presents the results of its Tech Experience Index Study each year to interested automakers and suppliers.

To be sure, there are bright spots. Emerging camera-based features are very popular with drivers.

"Consumers are really interested in, and satisfied with, anything that gives them an extra set of eyes," Kolodge said.

One in particular is the function that uses a camera to turn a rearview mirror into an unobstructed live view out the back of the vehicle. Drivers tell J.D. Power they like having improved visibility of the traffic activity behind them.

But for some other new technologies, consumers are not exactly thrilled.

Interior gesturing: The ability to use hand motions as a sort of sign language to communicate with a vehicle was unprecedented when it appeared a few years ago and hailed as a breakthrough for safety. Rather than looking away from the road into a complex surface of buttons and switches, a driver could simply gesture for more heat or a different radio station. 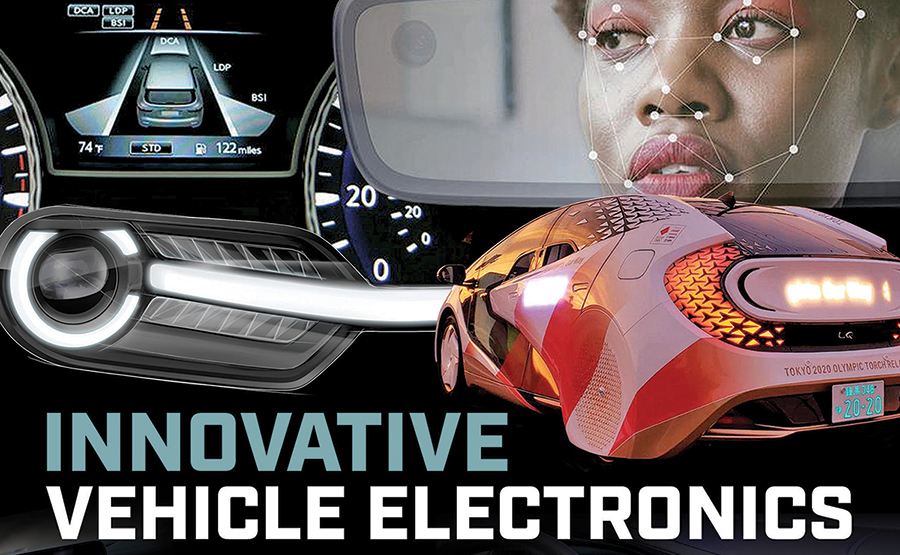 THE PROMISE AND THE PROBLEM: Advances in electronic technology promise to keep drivers alert, engaged, safe and entertained while keeping vehicle software wirelessly up to date. All the comforts of a smart home, but with a catch. Drivers have to figure out how to use them.
Innovative Vehicle Electronics >

Auto suppliers are scrambling for a bright electronic tomorrow
Some customers say performance of factory-installed apps is spotty.

But J.D. Power found that 16 percent of owners who have the technology in their vehicles tried it and rejected it, and 14 percent never even tried it.

"It's either activating when you don't want it to activate — for instance, when you're simply talking with your hands," Kolodge said. "Or when you're trying to make gestures to activate a command, it just doesn't respond. So consumers end up asking, 'What's the point?' and they go back to alternative controls."

Voice command: Until it was bumped aside by gesture controls, built-in vehicle voice command control was the industry's least-satisfying electronic feature, Kolodge said. Apple CarPlay and Android Auto, which link to a smartphone's voice-command systems, are proving slightly more popular. "But they're only marginally different and still not meeting the mark," Kolodge said. "Voice recognition is undoubtedly still a problem."

Touchpads: Drivers are comfortable using a mouse to scroll around on their office laptop, so how could using a cursor on a vehicle console screen be a challenge? But it has proved tricky for many, J.D. Power found. Drivers said they were frustrated trying to slide their finger around on a pad to land precisely on a desired cabin temperature setting while watching the road in 60 mph traffic.

"The recurring problem, not just with this technology but for many vehicle features, is how much effort is this really saving me as I drive?" Kolodge said of the consumer feedback.

"And is it first-time intuitive? Can I get into a new car and understand how this works and immediately see that it's helpful to me somehow? And unfortunately, the answer appears to be no."

Remote parking: Although the technology is not widespread, some consumers already have told J.D. Power that they wonder whether it's really necessary.

"It's a cool party trick," Kolodge said, reflecting consumer responses. "You can demonstrate it for your neighbors. But then what? Consumers are asking, 'Do I really need this?' "

Consumer sentiment is that lane-departure warnings seem like a “scolding.”

Factory-installed navigation: Built- in navigation, which first appeared in the 1990s, may simply be a case of a good idea being overtaken by a better mousetrap. Pew Research recently estimated that 85 percent of Americans now have a smartphone — usually equipped with a continually updated navigation app — compared with just 35 percent 10 years ago. According to Kolodge, customers are asking: "Why do I want to pay $1,200 for a nav system when I have something on my phone that works better and it's free, and I don't have to have it serviced by my dealer?"

Factory apps: Some automakers are hoping to create new revenue streams from convenience apps that let owners interact remotely with their vehicle to check fuel status, open windows or start the engine. But consumers have not been clamoring for the features so far, J.D. Power reports.

Vehicle owners say the apps can have spotty performance and frequent connection problems.

Driver-assistance safety systems: The push toward autonomous driving is still in its infancy, but piece by piece, the technology's building blocks are increasingly found in production vehicles. Those include lane-departure warnings that beep when a vehicle passes over lane markings on the road and advanced collision-warning systems that sound when the vehicle is closing in too quickly on vehicles ahead.

But consumers are telling J.D. Power they don't like the features — at least not in their early forms. The common sentiment is that the warnings seem like "scolding."

"People want safety, of course. But there's a feeling that those safety warnings are simply telling everybody in the car 'I'm a bad driver,' " Kolodge said. "And the instinct is to simply turn off the features.

What to do about new technologies and features that leave consumers blase is unclear. The problem is that adding a new feature to a vehicle can be much easier than acknowledging its shortcomings and pulling it out of production — with Musk's surprise order on Tesla's moving lumbar feature as an exception.

"The industry has been very additive in technologies and not very good at taking away unsatisfactory features that are no longer wanted," Kolodge said. "Look how long it took automakers to stop installing CD players.

"But we can't ignore the voice of the consumer," she added. "The industry needs to make sure the products it's designing are really getting used by the customers they're intended to serve."

Letter
to the
Editor

Send us a letter

Have an opinion about this story? Click here to submit a Letter to the Editor, and we may publish it in print.

THIS WEEK'S EDITION
See our archive

Read the issue
See our archive

MOBILITY REPORT NEWSLETTER: Sign up for our Thursday afternoon Mobility Report newsletter, your one-stop shop for the latest developments at the intersection of transportation and technology.